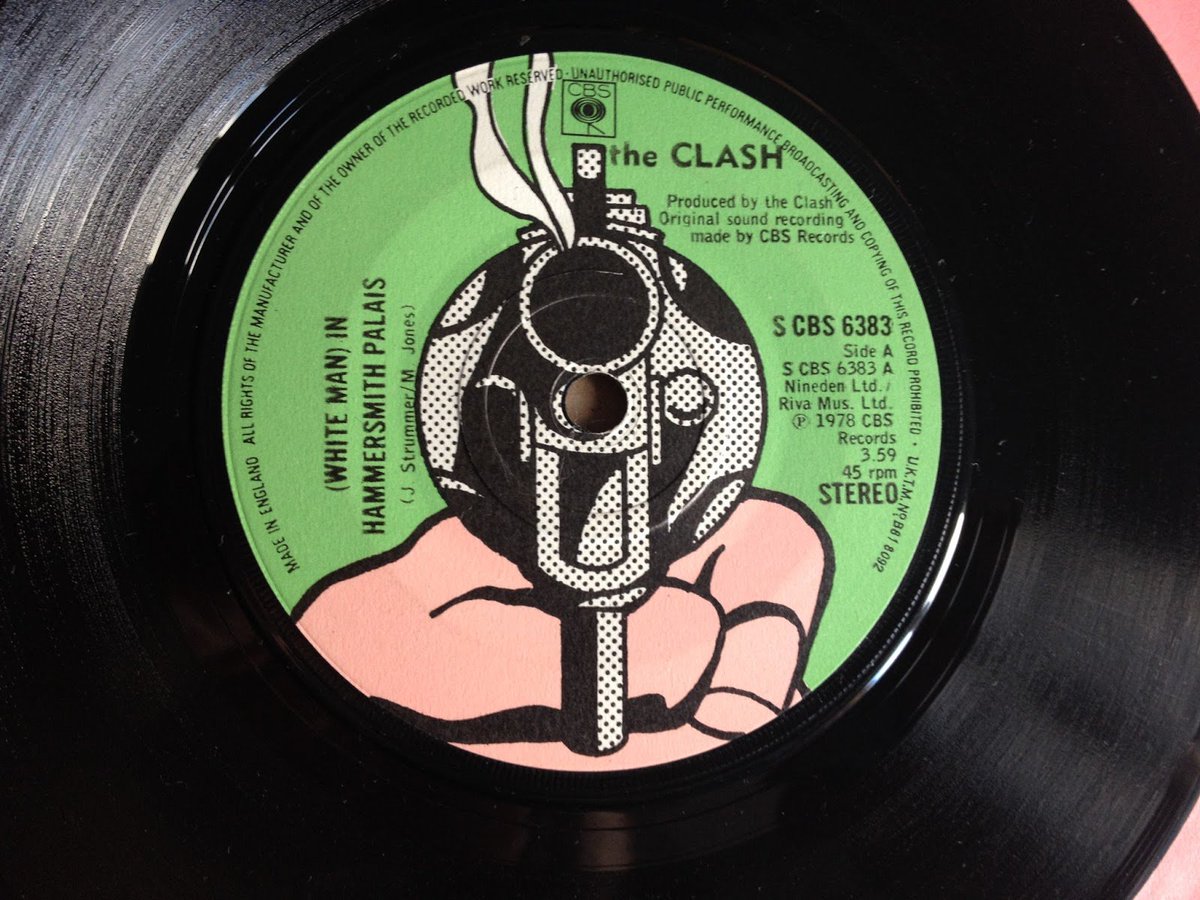 An original mint condition single, the original design artwork, and a stop-frame video of the creation

This first NFT by Nick is not just the final single design; it’s a set of artwork and videos that shows the process Nick went through to get to the final design. This NFT represents one of the most iconic Punk bands and designers of all time. It also represents the last throws of generation X, as well as the end of analog and “hand-made” design.

When Nick started as a designer, there were no computers, Internet, or Photoshop; Nick had to do everything manually. Creating a design was very time-consuming; what can now be done in seconds and a few clicks had to be done by hand and could take hours, if not days. There was no Command–Z to undo. Any changes, mistakes or additions would often mean starting from scratch.

Type and fonts were also a big challenge; Nick had to either design his own fonts and then send them to a special printer to create a dye transfer or visit the local art store and choose a font from a collection of Letraset sheets. These were sheets of fonts that you rubbed onto your design. As a last resort, Nick would sometimes have to create each letter by hand-cutting and pasting each letter into the design! Working with images was just as laborious. Once the design was finished, the artwork had to be photographed, hopefully, any mistakes were caught before being sent off to the printers.

Today, designers can relocate a picture, modify its colors, dimensions, and even increase its resolution in only a few clicks. If you think about if Photoshop had been invented back then, the whole Punk design aesthetic would have turned out very differently.

a chance to own rare PUNK history

This is real Punk history !!!

Joe Strummer is the “white man” in this song. His lyrics were inspired by a visit to a reggae “All Niter” in which he wasn’t very impressed by the performances of Dillinger, Leroy Smart and Delroy Wilson, and also received some aggro over being the only white guy in a room. The Clash were clearly quite nervous about recording the song, as it was a massive step into the unknown for them – unlike with “Police and Thieves,” this was a heavily reggae-influenced track both written AND recorded by a white rock group. “We were a big fat riff group, like rock-solid beats,” noted Joe Strummer. “We weren’t supposed to do something like that. “The gamble worked – it became one of their most popular songs and remained until his death Strummer’s favorite song that he’d ever written. Songfacts®

Record Sleeve Designer (London): Established as one of the first and most well-known designers of the Punk Movement, designing sleeves for The Clash, Dexy’s Midnight Runners, Bow Wow Wow, and many others. Established a long-lasting relationship with Malcolm McLaren and Vivienne Westwood working on McLaren’s ‘Duck Rock’ and ‘Fans’ albums and art directing Westwoods early fashion shows in London and Paris.

With international acclaim for art direction and design, British film director Nick Egan combined his understanding of visual language into an iconic form of punk rock imagery that would be distinctive and influential in some of the most celebrated album covers, fashion lines, and music videos. This success led him into the world of commercials, television, and film. Born in London, Nick attended The Watford College of Art and Design, where he studied graphic design.