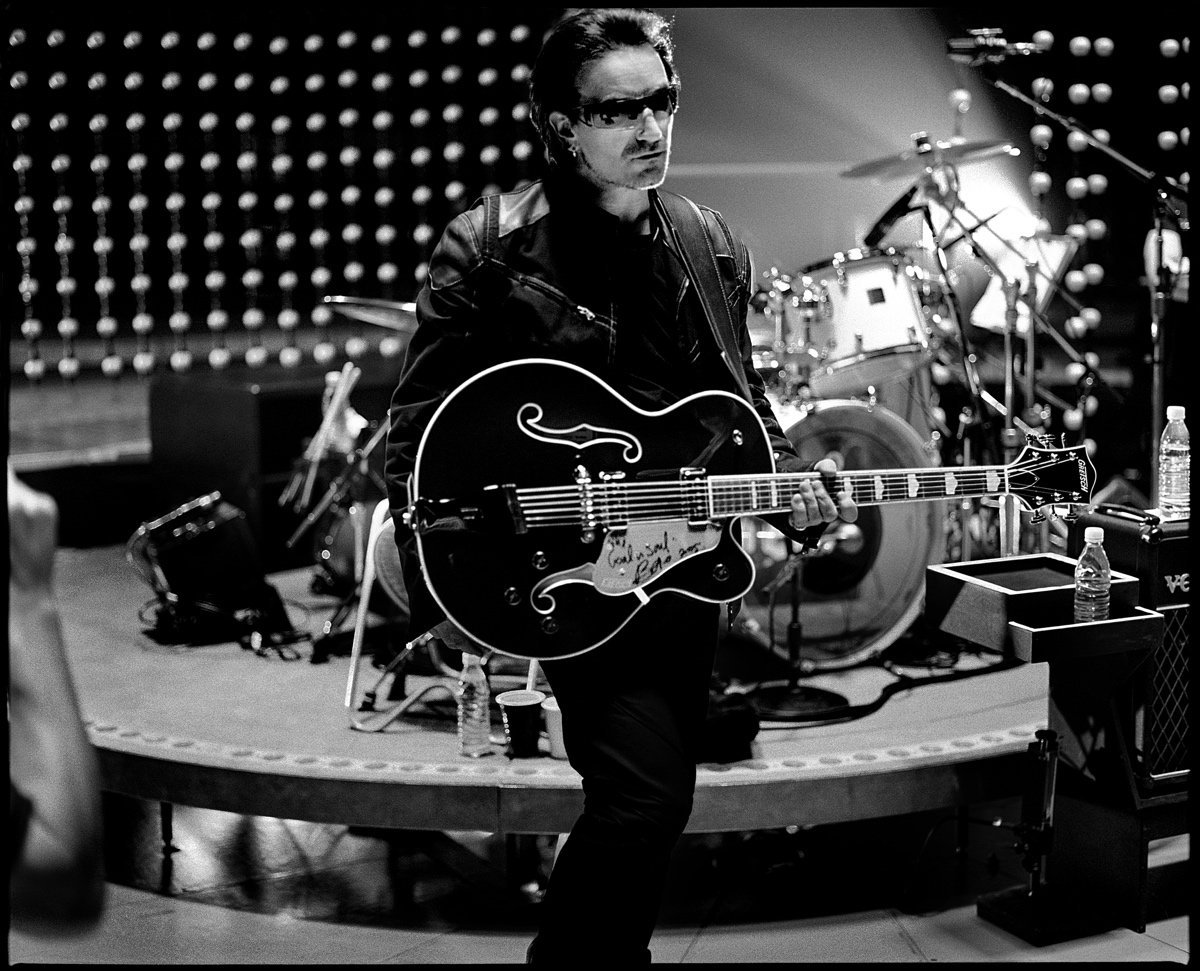 If you have never heard of Kevin Westenberg, that is about to change. Kevin is undoubtedly one of the most important music photographers of our time! His work is meticulously constructed, framed and executed. No surprise that Kevin studied architecture before being seduced by photography and rock and roll adventures. If you are thinking about building an NFT collection, KEVIN WESTENBERG has to be part of it!

Prefer hoops to rock?
Kobe Bryant NFT
Check it out

For Kevin’s first NFT release, OriginContent has created a special collectors package to mark the occasion. Each NFT is linked to a high resolution 1920 x 1080 video of each image. Each edition includes an exhibition quality 20*16 photographic print and a uniquely designed NFT certificate of authenticity mounted in a 6×8 acrylic block. You can pick it up, show it off or keep it on your desk. If you frame the print and hang it on the wall, it’s a match made in heaven!

“The Box Of Prints”

The last collectable will be “The Box Of Prints” which will be an edition of 3. A custom made aluminium archival box comes with 5 exhibition quality prints, the cover is embossed with, the edition number, the artist name, the token and the wallet address, and 5 lucite blocks for each image. The prints are embossed with Kevin’s official NFT studio stamp. 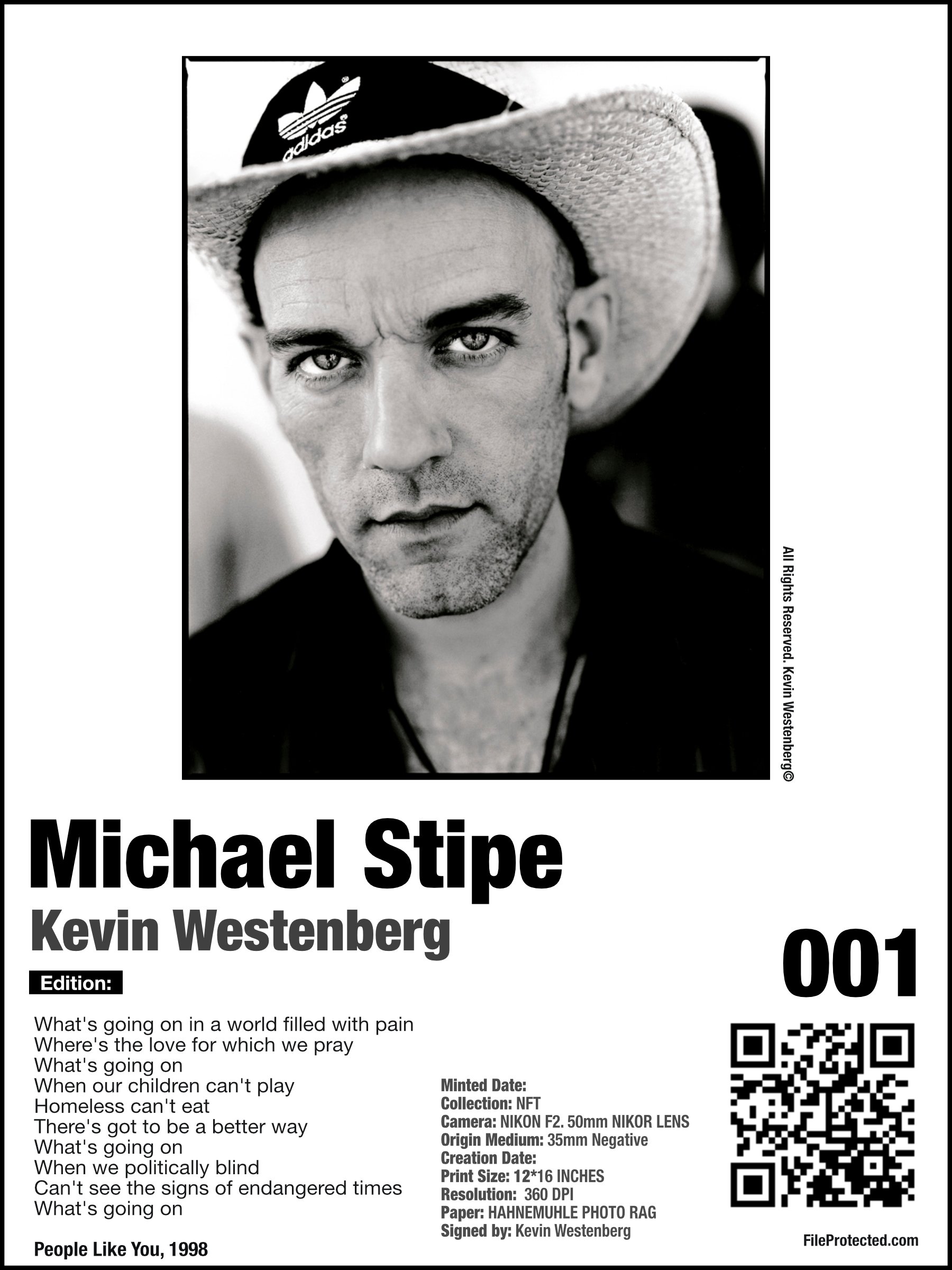 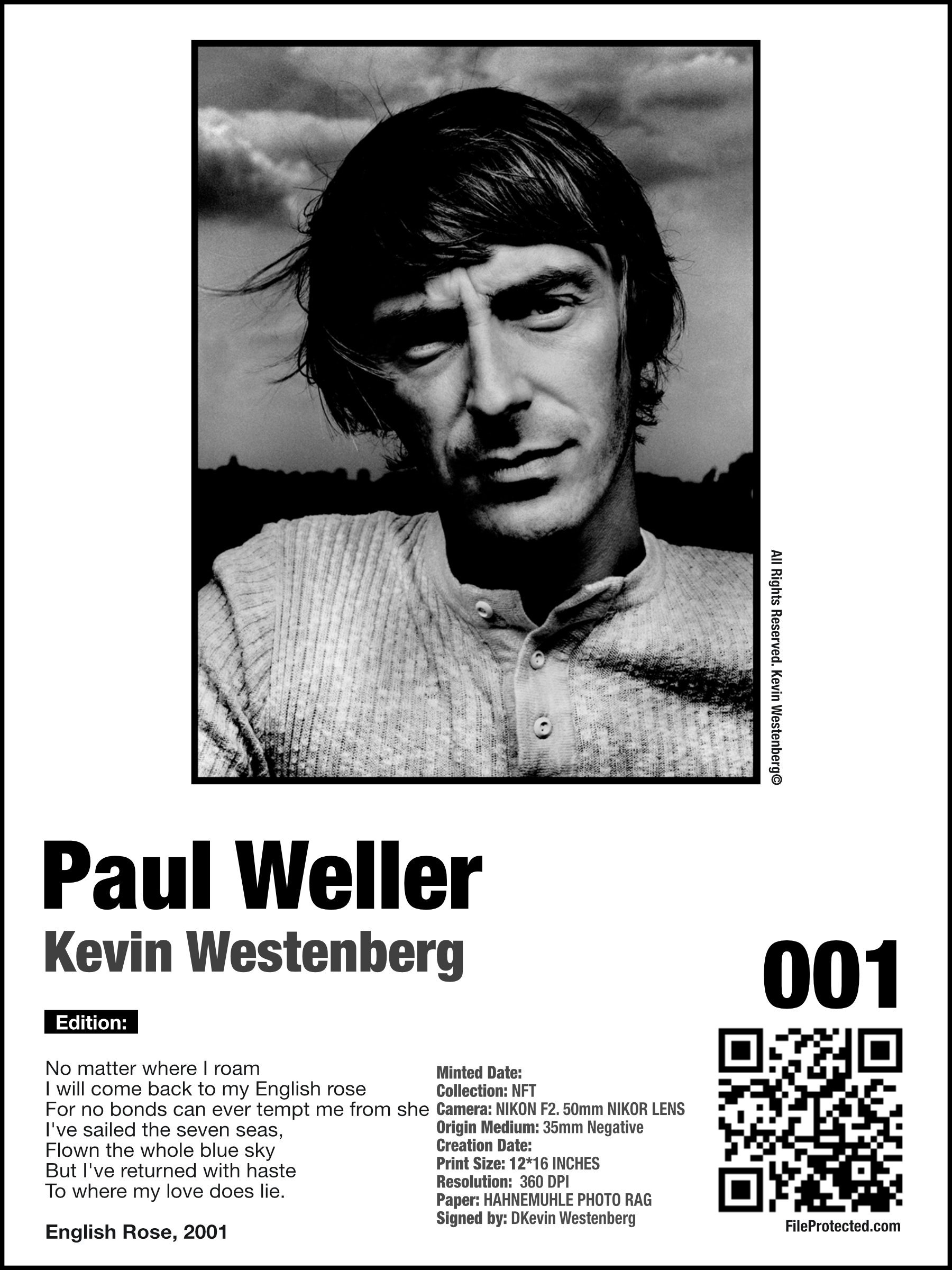 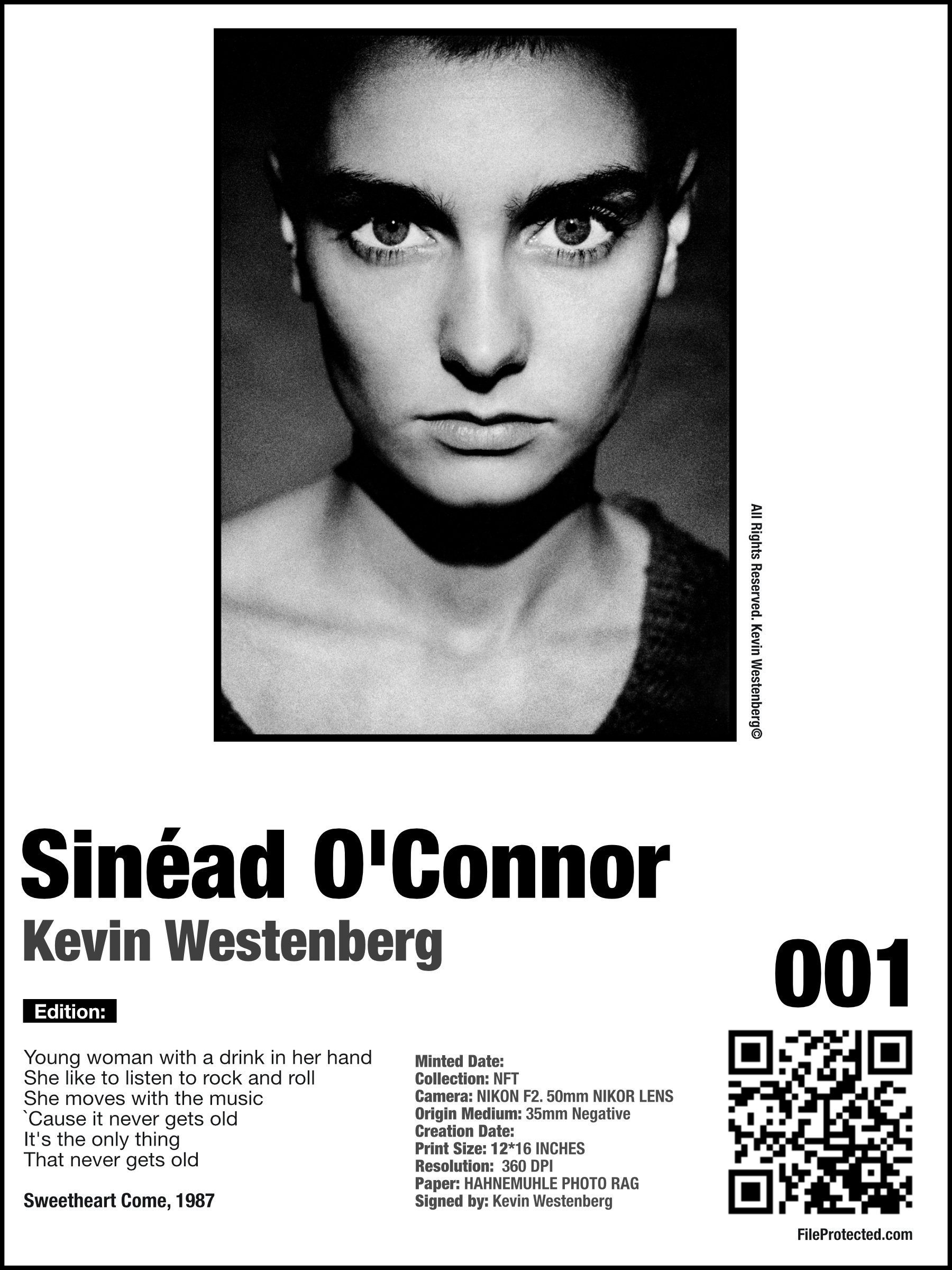 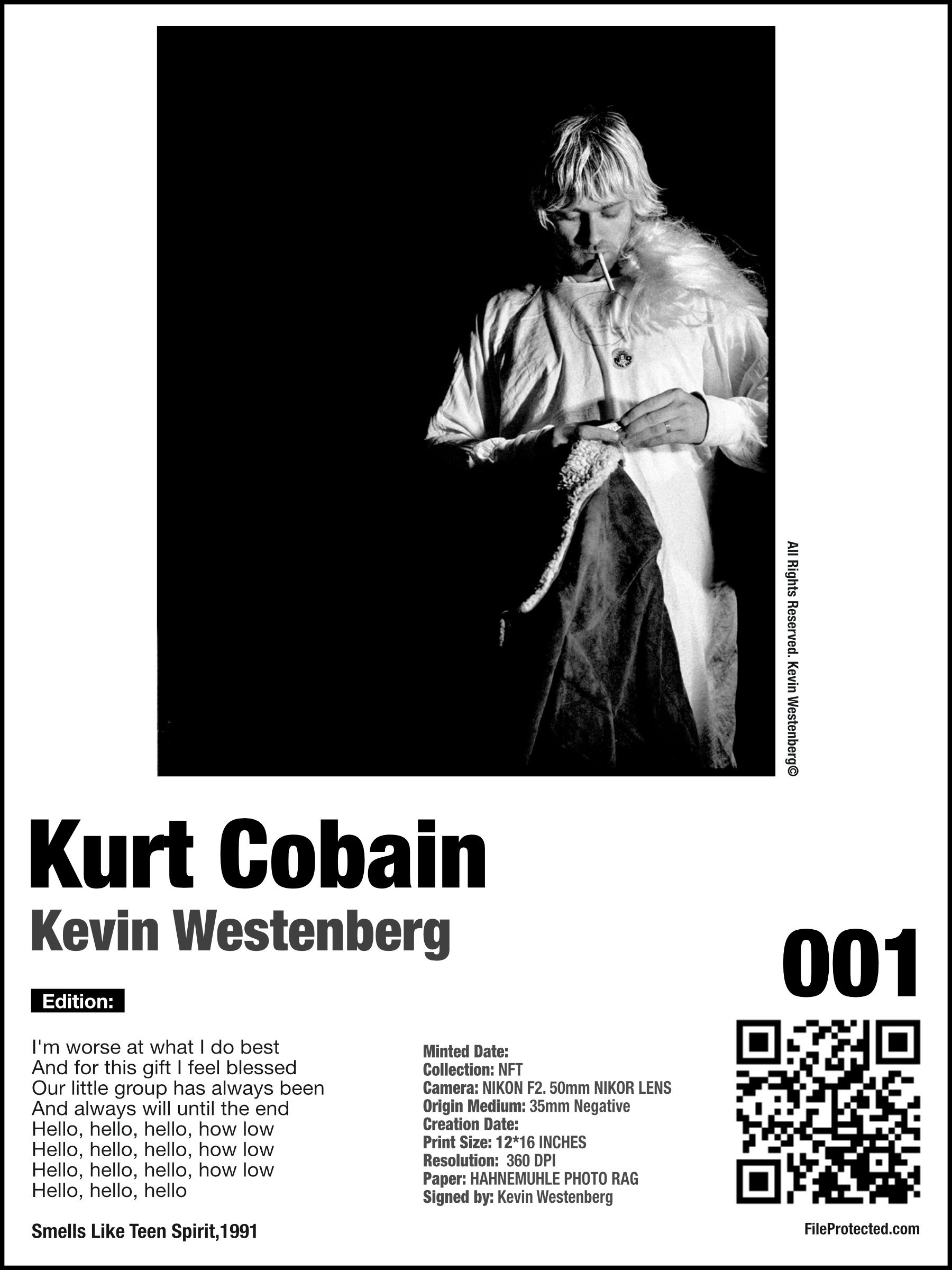 Unlike most other eras, the concept of 90s music is difficult to define. The decade is odd and diverse, defying simple categorization, but it is this cross-pollination of sounds that has left a boundary-breaking legacy that still exists today. Kevin first drop profiles five faces that are instantly recognizable from the ’90s, all very different but they all left their mark, etched into history for future generations to discover. These five NFT’s are kickstarting Kevins first drop and it’s a brilliant way to start an NFT photographic collection. These images already sell for 1000’s of dollars and are exhibited and collected by collectors worldwide. Starting any photography NFT collection with a Kevin Westenberg is a NO BRAINER, as well as the fact of owning one of the first of Kevin NFT’s, makes this NFT even more special.

The Drop
Limited Editon of 25

The lucky winners of the auction will receive a custom-made aluminium archival box. The cover will be embossed with Kevin’s name, the edition number, and the wallet address.  Inside there will be 5 exhibition quality 20*16 photographic prints digitally signed and numbered. This set includes a bonus iconic image of Bono reaching out to a fan. Each will also come with acrylic block frames as above. These prints already sell to collectors for over $10,000 and rising!